Plumtree Church’s Marriage Registers contain an entry for Albert Edward Lucas (a Private in the Machine Gun Section of His Majesty’s Forces) and Elsie Astill, of Plumtree, who were married at Plumtree Church on 21st September 1918.

They then had a further four children baptised in Plumtree Church (but with a different surname): 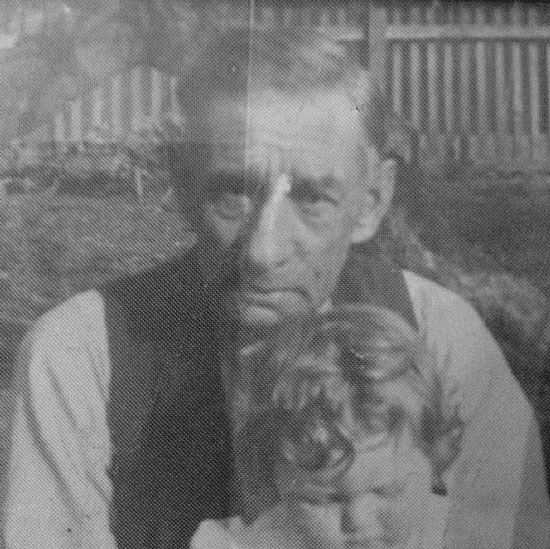 The family then moved to Hampshire (where Albert's family lived) and had many more children, the last of whom was born in 1945!  Albert (see photo, right) died in Hampshire in 1951.

But why the sudden change of surname?

Well, the answer lies in a letter sent from the General Register Office, Somerset House to the Officiating Minister, Parish Church, Plumtree, dated 3rd August 1921. This letter (see images below) was attached to the relevant registry entry held in the Nottinghamshire Archives. 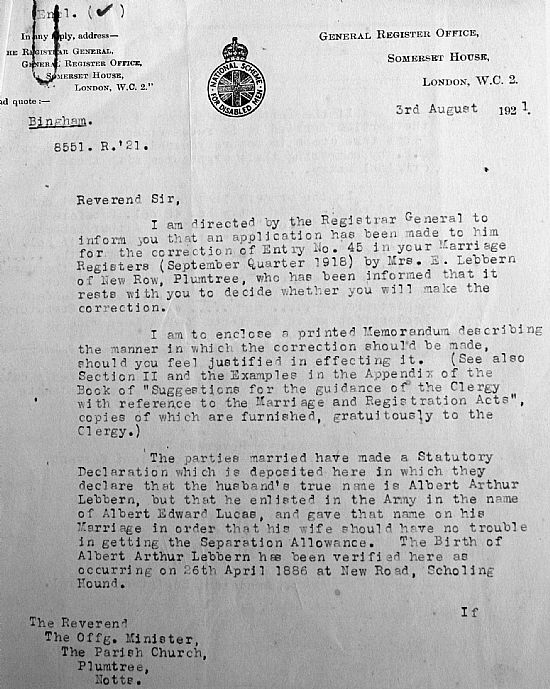 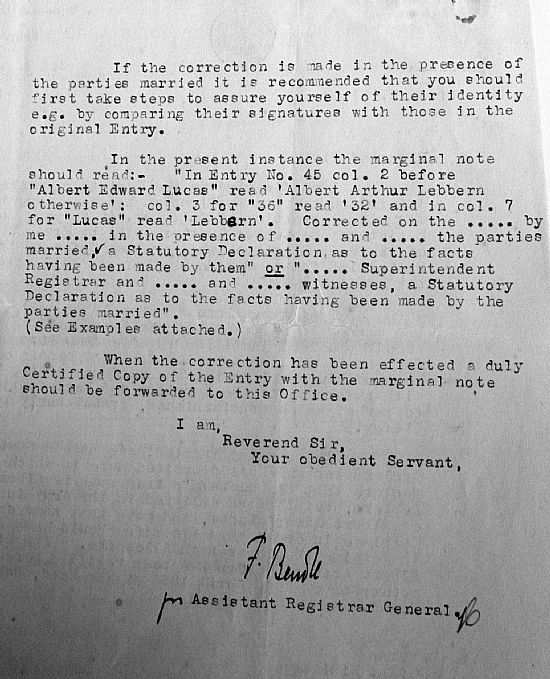 (click on an image to see a larger version)

The letter reads, in part:

I am directed by the Registrar General to inform you that an application has been made to him for the correction of Entry No. 45 in your Marriage Registers (September 1918) by Mrs. E. Lebbern of New Row, Plumtree...

The parties married have made a Statutory Declaration which is deposited here in which they declare that the husband’s true name is Albert Arthur Lebbern, but that he enlisted in the Army in the name of Albert Edward Lucas, and gave that name on his Marriage in order that his wife should have no trouble in getting the Separation Allowance."

The Marriage Register entry was updated on 5th August 1921.

The reason that Albert had enlisted under an assumed name was the usual one: he had wanted to join up to be with his brothers (who were probably fighting in the Boer War). Born in April 1886, Albert was too young to enlist under his own name, so he used the name of someone he knew was dead.

Obviously, the two older children had to keep the surname Lucas; but the younger children, who were baptised after the marriage record had been updated, bore the surname Lebbern.

The preceding item came about as a result of an enquiry made to Plumtree Church for information about Elsie Astill of Plumtree submitted by Albert Lebbern’s granddaughter (the daughter of Albert’s youngest son). Albert's family was of French extraction and had lived in the Channel Islands.

Elsie Astill was part of a large family, with many entries in the parish registers. register entries.