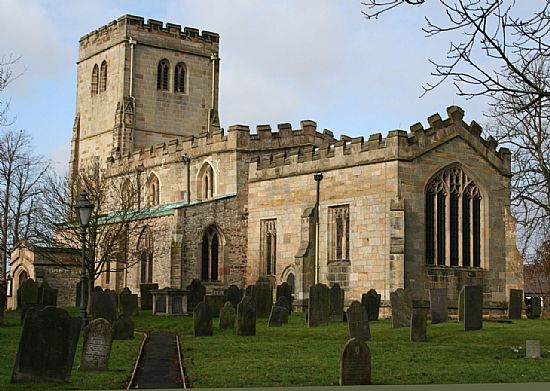 Plumtree Church is one of several ancient churches in this area. It is dedicated to St Mary. In its early days Plumtree was an important mother church whose influence spread over a considerable area, probably including villages as far away as West Leake.

Although there was almost certainly a church here in the 11th Century, before the Norman Conquest, a claim that it was founded in the 9th century cannot be confirmed. The church is mentioned in the Domesday Book (1086).

Saxon foundations were discovered when the tower wall was being rebuilt in 1906–7, and the blank arcading on the outside of the south wall of the tower is considered to date from the early 11th Century, along with parts of the doorway in the west wall.

The church was closed between 1873 and 1875 while a major redesign was carried out by George Frederick Bodley, one of the major Victorian architects, and his partner Thomas Garner. The project also involved raising the chancel arch and walls, putting in a new east window, moving the old one to the east end of the north aisle, putting new pews in the nave, removing the west gallery, reflooring the whole church, adding a new font and installing stalls for the clergy and choir in the chancel. The Rector at the time, Revd William Burnside, and his family paid for much of the work; his brother was Lord of the Manor of Plumtree. To read more about the history of the Burnside family in Plumtree, see The Burnsides

The Bodley and Garner ceilings and screen were extensively renovated in the 1980s. The colours have been matched to those used in the 1870s. See Restoration Project for a report on the restoration.