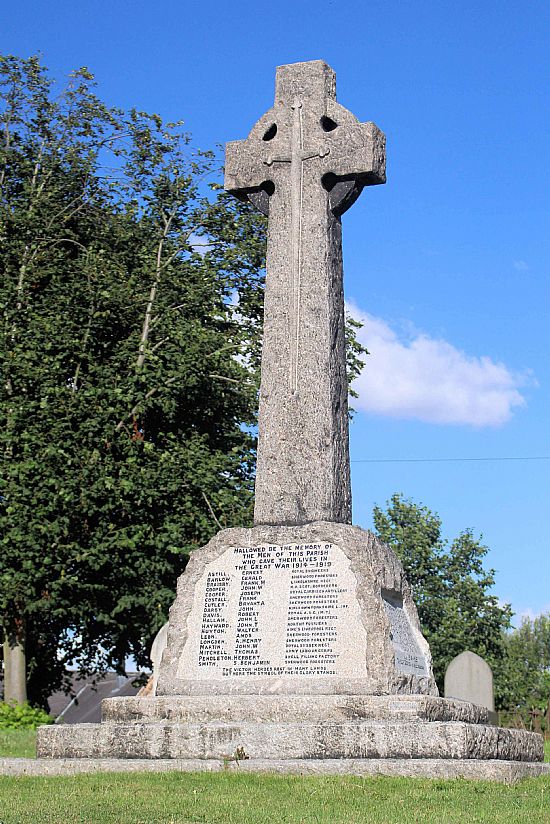 Plumtree's War Memorial stands near the west gate of St Mary's churchyard. It commemorates the men from Plumtree, Normanton-on-the-Wolds and Clipston-on-the-Wolds who died in the two World Wars.

A nineteenth name was omitted from the First World War casualties. This has now been added on the south face of the plinth. For more information, see The Mystery of George Taylor.

War Memorial Background describes the construction and dedication of the War Memorial. 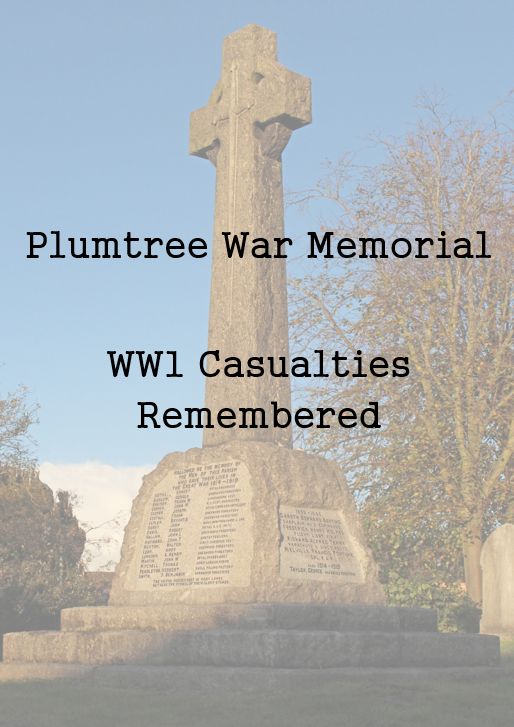 The War Memorial in St Mary's churchyard commemorates men from the parish who died in the First and Second World Wars. As part of the commemoration of the centenary of the WW1 Armistice in 1919, a series of articles was produced describing each man listed, their family, local connection and when they died.

These articles were combined into a document that you can read by clicking on the thumbnail (left) or via the following link: